Is this the biggest football game EVER in Forsyth County?  Well, regular season, anyway?  There were some exciting playoff games a couple of years ago, but this week’s contest on Peachtree Parkway featuring #4 ranked South Forsyth hosting #10 Lassiter is as good as it gets for locals who have watched their kids and neighbors work so hard to get better:  Better today than yesterday, better tomorrow than today.  And now the day is here.  The Georgia Sportswriters Association finally showed a little respect to Forsyth County football, elevating South Forsyth to the highest ranking in school history, #4 in the state and tied with Tift County, and the highest ranking by any FoCo school in any class ever by the venerable organization.  The War Eagles opened the season with a win over then 2nd ranked Roswell in the Corky Kell Classic, the first ever football game at the old Ted, the new Georgia State stadium, then trounced overmatched opponents Pinecrest Academy and Centennial like a top ten team in Class 7A should.  The squad then pulled out an impressive last minute victory at South Gwinnett going into their bye week to set up this classic confrontation, which will be carried LIVE amidst the county, across the country and around the world on forsythsports365.com.  We’ll have an exclusive interview with South Forsyth Head Football Coach Jeff Arnette tomorrow.  Today, however, Forsyth County Schools Athletic Director Nathan Turner joins Greg Golden on this exclusive podcast to talk about Coach Arnette’s efforts to build the War Eagle program to get to this level, the challenges logistically and realistically to present a game of this magnitude in Forsyth County, and the excitement and notoriety a Top Ten Matchup brings to the county.  Enjoy this interview with the irrepressible Coach Turner, and get ready for our exclusive podcast interview with coach Arnette tomorrow.  And don’t forget to tune in to the live podcast of #10 Lassiter at #4 South Forsyth Friday night at 6:30, featuring host and play-by-play man Greg Golden and his always insightful and entertaining partner, The Sports Freak, Richard Golden. 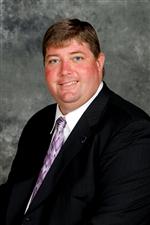 Excitement will be at a fever pitch at South Forsyth High Friday.  Better get there early to get a good seat, it’s gonna be packed and pulsating.  We’ll be joined by South Forsyth Field Announcer and Game Day producer Doug Thomas before he has to get to his seat and produce the program.  We’ll also look for South Forsyth Game Day Co-Ordinator Martha Slott, County AD Nathan Turner, and maybe even Superintendent of Forsyth County Schools Dr. Jeff Beardon will lend us a few moments.  And we’ll look for any celebrities who might find their way in as well.

And be sure to log on to Channel 5’s High Five Sports Facebook page and make some noise for the game of the week.

As always, thanks for logging on with us at Forsyth Sports 365.com!!