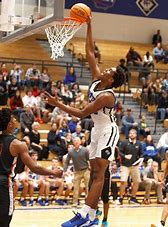 The girls basketball team from North Forsyth came into the game at South with great expectations.  They lived up to them, hanging a 22 point loss on the Lady War Eagles with size, defense, and ultimately a better team game.  South played with great spirit but as a team couldn’t find a basket as North pulled away.

The script was reversed in the boys contest.  North hung tough in the first half as South played a bit sluggish.  But Coach Scott Givens challenged the team at the half and the boys responded with a dominant second half.

Leon McGlockton and Jim Kane were phenominal in their first time on the analysts mic.  That alone is worth the listen.  🙂

Here is the replay in a single clip.  To navigate just click along the timeline.