It was a beautiful evening in Raider Valley on the campus of North Forsyth High School as the historic Matt community was preparing to welcome South Forsyth for the annual mash up between the two teams.  We were in our seats in the press box, fully set up for the game with our A-1 gear.  The laptop and the mixer and the headphones and the wires everywhere.  And we had what we never get when we go to North.  A splendid T-Mobile signal because apparently the company had listened to my rant after last years horrible reception issues and has teamed with Bell South to provide better service in the area while they construct a new tow3r or two.  We were coming up to the opening kickoff  – literally a minute away.  We were introducing the captains when a loud shuffle began from the roof and down the stairwell.  We were informed that the South Forsyth coaches had been told they could not occupy the same area as the North staff up on the roof, so South needed the booth.  All of it.

So we threw everything in our bags…me and Doug…and rolled out into the crowd to see what we might make of the situation.   Sadly, we just missed Chris Nelson’s opening play touchdown run, which would set in motion  the frenzy that would be South’s play on the evening.  We also missed South scores at the end of the first half and the opening of the second.  But we were able to recall them for our starved audience and call live so many more thrilling moments as the War Eagles dominated play in every phase of the game.  Final:   SOFO 52,   NOFO  7

Here is what we have left.  Part One is the pregame up to our notice to evacuate.  Part Two is the first half up until the phone was dead.  No power was available so we had to recharge at the half, thanks to the South coaches letting us borrow a plug back in the same press box we had to leave.  And Part Three is the second half, featuring Ty Watkins at QB and a host of reserves having a blast at the Raiders’ expense.  Enjoy it for what it’s worth.  A HUGE win to keep this team alive for its seventh straight playoff appearance.

We’re happy to bring this to you courtesy of our sponsors, Dr. Jordan Mallamace D.C., and Rena Waples, Coldwell Banker Realtor.  Please stop by the front page and visit their profiles.  They are tremendous professionals with the best FOR YOU at the heart of what they do. 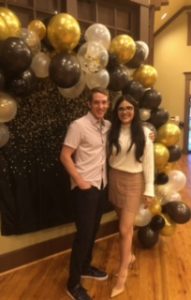 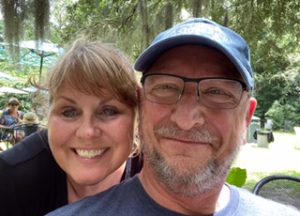