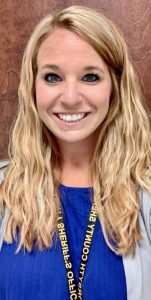 SOUTH FORSYTH HEAD SOFTBALL          COACH LEANNE BROOKS
No one is perhaps more qualified to talk about South Forsyth Softball in its 20th season than War Eagle Head Softball Coach Leanne Brooks.  Brooks first stepped into the program as a 14 year old under former and first head coach Ronnie Davis.  She started all four years and was an all region catcher.  The story of her twisty, turney road to her current position is much more entertaining when she tells it, which she does to the T here.  And then Coach Brooks takes us to the diamond and gives us a look at her starting lineup position by position.  As she admits, everybody except Coach Davis expected a falloff after his retirement.  But he saw something and it has paid off.  Coach Brooks has had back to back playoff runs in her first two years to set the bar high going into her third season.  Here is her conversation with Greg in two parts, painting a fabulous pathway to Friday’s 20th season celebration.  I will state it here as I mentioned twice in the interview:  We will not be calling this live!  No, we want everybody to come out and see it for yourself as the team and its newcomers are introduced, and then a little scrimmage with brand new East Forsyth and the debut of their first Head Softball Coach, former SOFO assistant Coach Danny Weber.  It should be a terrific afternoon at the beautiful ballfield on Fast Pitch Way adjacent to War Eagle Stadium.   Festivities start at 4:30p so come in as school lets out to get a good seat!  Im not calling the game but I will be on hand so come join me and lets see how they look.
And now, without further adeu, from Coach’s new office in the Blue Gym, South Forsyth Head Softball Coach Leanne Brooks with me, 365’s own Greg Golden.  Enjoy!