The Holidays can be a burden to anyone who has had troubles in their life;   the loss of loved ones, the absence of friends, an addiction that is hard to overcome, the lack of a parent, a sense of hopelessness.   For any one person, any one of these can be the single thing that causes distress.  But all of them?

Throughout his life, Elliott Moore had a series of unbelievable events that set the stage for horrible self-disparagement.  His aunt was murdered in horrific fashion by her nephew, to the point that the story was relived in not one but three TV Crime Drama episodes.  Elliott was 8 at the time.   He lived that horror over and over.   Shortly after that, Elliott began to suffer abuse at the hands of his former stepdad while the family was so distracted.   He became suicidal at 11, cutting his wrists and using knives and other objects to harm himself.  Bullied and ignored year after year, Elliott began to sink into darkness. By 17 he suffered a drug overdose that left him at deaths door.  And finally, he went for it hard with a noose.  What happened next is where  Elliott’s amazing turnaround began.

Turning 26 in January, Elliott Moore has in the last eight years built the confidence to tell his tale in this exclusive interview on Forsyth Sports 365.  Elliott by grace was not to be a statistic, and through his turnaround is giving back to his Mom and the community in a way that heals him and his relationships as he grows.   As you head into this new year, listen to the interview that reveals the spirit and see the photos that show the vision that has helped this young man survive and advance.  Elliott deserves to have his story on these pages because he has found new strength within himself to share it. Standing in the full armour of God, he’s working to inspire others who have been in the places he’s been, and show them that from within is the spirit to leave the darkness and find new life.

Elliott and Greg do a little posing ahead of their chat at Red Robin. 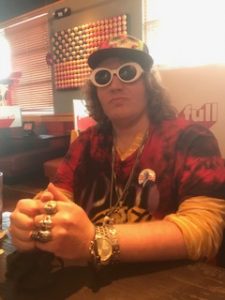 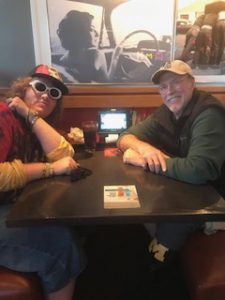 Happy times at Christmas with his family.

Some favorite shots of the Smiley Smile and Tell The Tales Founder.

Listen to the chat as Elliott shares his dramatic story for the first time. 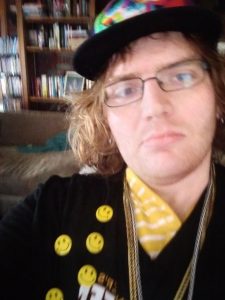 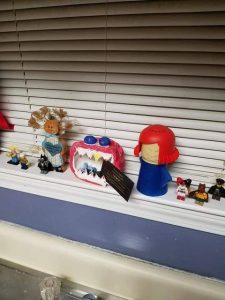 Some influences and identities around Elliott Byron LeBaron Moore. 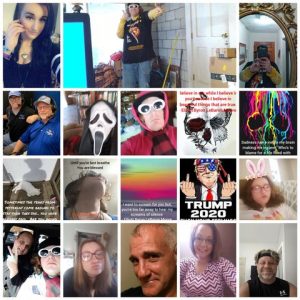 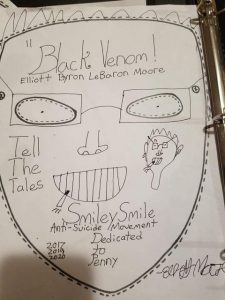 Sometimes I lock my broken heart in a safe and throw away the key.
Because I don’t want anyone to see it.  Not even me.
-Elliott Byron LeBaron Moore 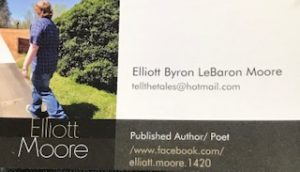 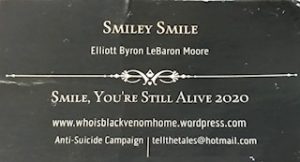 Elliott’s mission going forward is to inspire those with troubles to lean into the Holy Trinity for peace and confidence.   It came, for him, at a time so tumultuous and life threatening that it could only be God’s perfect timing.  And as Elliott says, “As Saul became Paul, so I am sure Black Venom will become “Back Then”.   Next stop, Corinth? 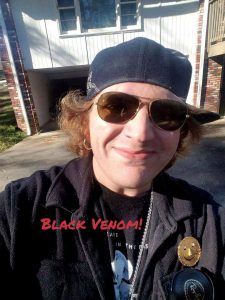