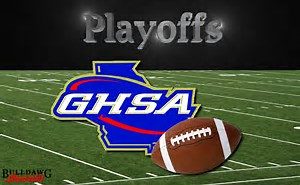 You can still hear the shouting over at Forsyth Central today. The first win over South Forsyth in a couple decades and a playoff berth. Frank Hepler, the familiar name who’s in his third season as the Head Coach, is right on target in his plan to bring Central football into 7A shape. He might even be a little bit early given that his starting quarterback and top back up are both Sophomores. I’ll make a much too early prediction for the 2019 season right here. There will be a quarterback competition both next spring and during fall camp at Forsyth Central.  The starter up until two weeks ago, Ryan Van Uum, broke his arm for the Milton game. He had led the team to a 5-1 start and after the injury, Bronson Landreth struggled to get any points on the board in the next two games. But on Friday night against South, Landreth looked like JC Watts or Condredge Holloway. Old timers will remember Watts and Holloway as gifted signal callers who ran the option from under center for Oklahoma and Tennessee, respectively, back in the day. Central and Landreth were just that good. In their back to back losses after Van Uum went down, Central scored three points total, getting shut out by resurgent West Forsyth 39-0 and then clawed by Milton’s Eagles 30-3. They were 4 of 21 combined through the air. By any measure it appeared the Bulldog offense was back on the chain. Then came Friday night.
The star on the other side of the ball was Senior Defensive Back Tristen Rose. On South Forsyth’s first offensive play of the game, QB Drew Morris stepped back at the snap and lobbed a ball towards Landon Simms in what looked like a halfback option, a play they’d run with success the previous week in the comeback win over North Forsyth. But Rose must’ve watched the film of that game, because he jumped the route, snatched the ball away from Simms and strolled untouched 35 yards to the house to the delight of the standing room only crowd at Central on Senior Night. Rose also picked off another pass, returned a fumble into South territory and did the same with a kickoff. Rose seemed to be everywhere on defense. And the front seven was loading the box all night, stuffing Jordan Bronson, who was running solo or behind the fifth string fullback due to injuries.
All told, Morris tossed three interceptions on the night, just a few of the many South Forsyth mistakes. A holding penalty brought back a 45 yard Morris touchdown run, those nagging false starts reared their ugly head again, stalling drives, and bad snaps led to a safety and a turnover on 4th down late in the game as South was trying desperately to get into the end zone, trailing by only six. Various pass interference calls, and a couple of personal fouls also didn’t help. Trailing 23-0 late in the second quarter, South Coach Jeff Arnette showed a masterful touch with the clock, forcing a Central punt that was muffed, allowing the War Eagles to score a touchdown. Even then, an unsportsmanlike penalty on South after the touchdown forced the extra point try from 40 yards out, which was missed.  And still, there were the War Eagles, holding the upstart Bulldogs to just a field goal in the second half, and scratching out two more touchdowns of their own. An extra point from a two point conversion had them at 26-21 with just under four minutes to go. South had bashed their way behind Brunson and Morris runs to the Central 15 yard line, looking for another miracle finish. But Central stuffed three straight Brunson runs, and a bad snap on fourth down, recovered by Central, looked like it might do it. But the dictionary the War Eagles use skips from “quiet” to “quiz”. In other words, there is no “quit”. More masterful clock management from Coach Arnette and his staff, plus stingy defense, forced Central to punt. South took the fair catch right at mid-field with 50 seconds left. But as we mentioned in the game replay posted on Sunday, the game began and ended with an interception. South decided not to waste any time and went for the deep ball. And as Morris pass descended toward intended target Pierce Meier, Central’s Jake Bretz outfought him for position, and the interception allowed for the victory formation and a long- awaited win for Forsyth Central over South Forsyth.

We’ve made a big deal here about the eighteen years between Bulldog victories in this series, and it should be noted that the two teams didn’t play for many of those years. The explosive growth in the south end of the county has split south twice in its history, while Central stayed the course.  The two teams have been in different classifications recently. When FoCo Schools athletic director Nathan Turner was helping hammer out the new Class 7A, it’s a certainty that this kind of contest was exactly what he had in mind for Forsyth County football and its families and fans. It shouldn’t take long for Denmark to grow into a 7A school either. It’s terrible that somebody has to lose a game like this, but it sure is fun to watch. So bragging rights, flaunted at Steak and Shake and the Courthouse and The Collections, belong to Bulldog nation for the year.

So what about everybody else? Milton continues to romp, routing struggling Lambert 57-7 to remain undefeated in the region. And West took care of business against North, 35-14, to set themselves up at 3-1 in Region 5 – 7A. Forsyth Central and South Forsyth emerge from their game at 2-2 each, with the head to head tiebreaker going to Central. If the season ended today, Milton would be the Region champs and have a first round playoff game against Region 6 fourth place finisher Collins Hill. West Forsyth would finsh a magnificent comeback in second place, 4-5 overall but 3-1 in Region 5. They’d host the third place team from Region 6, Mountain View. Forsyth Central would earn third place in Region 5, and travel to the second place finisher in Region 6, Mill Creek. And in fourth place in Region 5, South Forsyth would cross the river and face the defending Class 7A State Champs, North Gwinnett, in Suwanee.

But the season doesn’t end today. And things could get dicey. Looking at Region 6 would seem to show it’s pretty much set. The line right now at #4 for Collins Hill is 3-2. But they have to play Mill Creek in the final game. I think Collins Hill finishes at 3-3. Behind them at 2-3 is Duluth. They host Mountain View. Even if Duluth wins, and finishes at 3-3 with Collins Hill, Collins Hill holds the tiebreaker with a 44-3 regular season victory. North Gwinnett is 6-0, so a loss doesn’t hurt them one bit as they have the tiebreaker over Mill Creek with a 44-0 regular season win. So regardless of the results Friday night, it will still be these four, the only question is how they finish at three and four.
Meanwhile in Region 5…well it kind of makes my head hurt. If West, Milton and Central win, then it stays just like projected earlier. However, if South should beat West and Central wins, then South, West and Central all finish at 3-2. They would all have tiebreakers against each other. Similarly, if North somehow beat Milton, South lost to West and Lambert upset Central, then North, South and Central would have the three way lock for two spots.  Now you’re bringing the Georgia High School Association mathematical formula into play. And that looks something like this:
(Courtesy GHSA website)
Go ahead. Follow the link and have a look. I’ll wait.

So there you go. Clear as stained glass. I guess it’s best if we just let things play out. By 11:00 Friday night we’ll know. So be sure to tune in for our final week of the regular season podcasts. Tomorrow we catch up with South Forsyth Head Football Coach Jeff Arnette and get his thoughts on South’s playoff possibilities, and what they need to do to get a win over West Forsyth. Then Friday night it’s a great finish to an outstanding season as West Forsyth travels down Bethelview onto Peachtree Parkway and the Eagle’s Nest at South. Kickoff is 7:30, podcast time at roughly 7ish. 😊
Thanks as always for logging on to Forsyth Sports 365, and have a happy and safe Halloween! 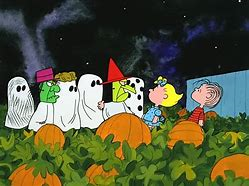