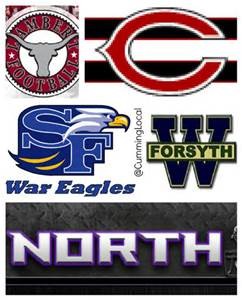 With many thanks to the Athletic Directors, look for us at these games: