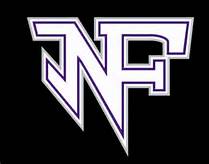 The atmosphere was electric in Raider Valley for the opening of the 2016 season.  It was Military Night honoring North’s legendary ROTC program, with a guest who served with Gen Patton in World War Two.  A new head coach, Robert Craft, with a state championship on his resume and eight more among his coaching staff, promised an uptempo offense and stingy defense.  And a fresh coat of attitude on Raider Valley, one of the finest football venues in the state, if not the country, set the tone.  North won the toss, deferred, and Jr kicker Arthur Boyzo set his mates and put toe to ball.  With rain clouds yielding to a beautiful sunset, a breeze blowing from the west, and Raider Nation roaring, the ball settled into the hands of Sequoyah Junior athlete Cole Jacobs at the five yard line.  14 seconds and 95 yards later, Jacobs and his teammates were celebrating in the end zone after the Chief’s season opening kickoff return touchdown.

But things are different this season at North Forsyth.  The Raiders responded with an 85 yard touchdown drive capped by a five yard Griffin Heffington touchdown and never looked back.  They adding four more scores through the air by QB Ben Bales, two each to Jr TE Clayton Bardall and Sr WR Simon Holcomb, and the defense held the Chiefs to just one offensive score in their 34-14 opening night victory.

Three of those aerial scores came on drives that took less than two minutes.  Bales went to Bardall for TDs of 33 and 64 yards, and found Holcomb for the first of two acrobatic TD grabs on a 33 yard score on 4th and 6 with a defender in his face.

Bales finished 15-22 for 263 yards and 4 touchdowns.  He threw two picks, but one was like a punt that pinned Sequoya inside their five.

Senior running back Griffin Heffington, back on the field after missing each of the past two seasons with ACL tears, delighted Raider Nation with 89 yards on the ground and the touchdown.

The North Forsyth defense held Sequoya to just 193 yards of offense.  Led by Bradley Thomas, the #40 Snook Jersey wearer, the Raiders notched five sacks and held the Chiefs to just 3-13 on third down.

North Forsyth opens their 2016 season 1-0.  The Raiders have a tough second act, traveling to Johns Creek next Friday to square off with the Gladiators.

South Forsyth opened 2016 as part of the Corky Kell classic, traveling to McEachern to play Hillgrove.  The War Eagles offense, led by returning Region Player Of The Year Davis Shanley, struggled all night.  Hillgrove came away with the win 27-14.  South has new starters at nearly every skill position and graduated and outstanding group of four Senior captains.  It will take a little while to hit stride.  South next week hosts neighboring Pinecrest Academy.

West Forsyth and the Wolverine’s high octane offense rolled into Woodstock and went up 21-0 at halftime.  The Wolverines had to hold on as Woodstock mounted a second half comeback.  West held on, though, for a 24-21 victory snd their first 1-0 start since 2012.

Forsyth Sports 365’s next live podcast will be in the Den Friday night as the Wolverines host private school stallwart Pace Academy.  Podcast time is 7pm.

Listen to the replay of North Forsyth’s opening night win over Sequoya in Raider Valley HERE: