High School Football is finally over in Georgia for 2018 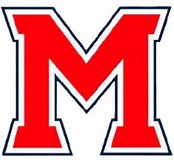 We’re two weeks from Christmas and we were still playing? Yup, in case you didn’t know it, the finals in the GHSA tournament were moved to last Tuesday and Wednesday because the MLS Championship had been awarded to Mercedes Benz Stadium on the traditional High School championship weekend. Atlanta United earned itself the opportunity to play on their home field for the championship match against Portland. Which, of course, they won. Maybe you were among the 73,000 fans in the Benz to watch the memorable event, which resulted in the city’s first major sports championship in 23 years. Quite a thriller, no? And as usual, the champs have to start rebuilding for the defense of the cup, like, yesterday. Starting with the head coach, Tata Martino, who declined in September to renew his option for two more years. We’ll all keep an eye on that one, as two leaders for the job emerge. Former Argentina National Coach Jorge Sampaoli and Boca Juniors coach and former MLS star Guillero Barros Schelotto are the apparent front runners.
And so the High Schools, who wanted to play in the Benz regardless, moved to mid-week. As most of you knew, Region 5 Class 7A was represented in the Class 7A championship game Wednesday night. Sadly, it was not one of the five Forsyth County schools in the region. It was the lone outsider, Milton, that played for the title. Still, the county was represented well by Milton’s Head Coach, Adam Clack, who left a great job at West Forsyth two years ago to step up to the Milton gig, reportedly one with a more attractive compensation plan, and, as Clack described it then, a more flexible management situation, whatever that means. Not to mention a roster built for 7A, including Georgia Tech commit quarterback Jordan Yates. There is an interesting side story here with the retirement of Yellow Jackets Head Coach Paul Johnson. Will Yates stay with his plan to enroll in a premier athletic college/elite academic institute, or will he reopen his commitment? Like the ATL soccer situation with the head coach, we’ll just have to stay tuned.
Hi everybody, it’s Greg Golden. I know it’s been a while since I hollered at y’all. Michigan got blown out by Ohio State and I just didn’t care much anymore. I mean, this was supposed to be our year. Even Vegas had us as the favorite. SMH. Adding insult to injury, my good friend and broadcast partner Doug Thomas, who is an ardent Buckeye, couldn’t even find it in himself to give me the grief I deserved he was so surprised and relieved.

So, I have had time to shake off the Columbus blues, especially with the performance of Michigan’s basketball team, so I can now catch up with our Georgia High School finals, which ended Wednesday night. All games were played at the Benz, and telecast on Georgia Public Broadcasting. And guess what? The state champion in Class 7A is from our own Region 5!! Milton High School defeated a Colquitt County team that’s been to the finals on a regular basis. A team so awesome that they were considered a front runner to play in a national spotlight tournament. Milton scored touchdowns twice and held a team averaging 35 points a game to just 13 to win the big school title on the biggest stage,14-13. Clack and his staff turned to their Senior Quarterback to lead the way, and Yates didn’t disappoint. His running and passing kept the chains moving and kept the Packers’ offense on the sidelines. Not to be outdone, the Eagles’ defense played lights out, and held Colquitt to just two field goals in the second half.              One amazing effort.
In reflection, I just want to comment here about the growth of high school football in North Metro Atlanta. In the last couple of decades, the state champs have come from the legacies in South Georgia. Colquitt County, located in Moultrie and under the guidance of nationally recognized Coach Rush Propst, has been to the title game multiple times. But last year, with North Gwinnett defeating Colquitt, and this, they lost to teams from round here. Milton’s thrilling victory, celebrated in the victory formation, is the first ever in its 50 year history, but underscores the leaps and bounds made in our area in local high school football. It’s all about growing up, and with something like that to compare yourself to, our teams just might find themselves in a similar situation in the not too distant future. Having played a team now know as the state champs in our own region gives all of our teams an idea of what it takes to make that happen, and Forsyth County will be better off for it. So congratulations Milton!! And thanks!!  Enjoy your off season at the top of the heap of some of the finest high school football squads in the country. Soon enough you’ll be playing within the region again, and that target on your back will be evidence enough how far football has come as Forsyth County football catches up with the county’s phenominal growth.
See you all again soon!! Happy holidays to you all! Stay tuned for some special live events coming soon for all you sports freaks out there.
Thanks as always for checking in with Forsyth Sports 365!