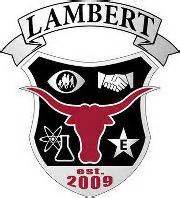 First year Lambert High Football Booster Club President Jeff Cole is unique among his peers.  How?  His son, a Longhorn football player last year, is a freshman at Alabama.  He doesn’t have a child on the team.  So you’d think he would be after a little “ME” time.  Well, Jeff admits that people have told him he’s out of his mind, as you’ll hear him tell us in our exclusive interview IN THE SPOTLIGHT on Forsyth Sports 365.

Lambert Football Booster VP of Communications Tom Redmond IS a football dad, and he has some great takes on what it takes to promote kids to the many colleges looking for football players at every level.  Plus, he’s the guy that keeps us all up to speed, virtually play-by-play, with his Friday night tweets.  Listen to his insight on keeping the Longhorns  top of mind as he steps INTO THE SPOTLIGHT on Forsyth Sports 365.

Michigan coach Jim Harbaugh reaches out to an Atlanta Michigan family in pain.

WHEW!!! WHAT A GAME!!! North Forsyth outlasts Liberty 22-20. Listen to the REPLAY here.