Hey there hi there ho there!   It was another complete game from the South Forsyth War Eagles that led to a statement 35-13 win to open the Region 6-7A schedule.

Before a pcked house at Lambert’s Corral, the War Eagles were patient and powerful on offense, using tempo and a host of running backs to build a solid lead.  Meanwhile, Defensive Co-ordinator Ross Walker’s charges seem to get better every series.  They held the Longhorns previously potent offense, led by Ohio State commit Kojo Antwi, to 15 points below their season average.  The performance was so convincing that the stadium, once bursting at the seams, became a swirling drain of humanity shortly after the War Eagles final score early in the fourth quarter.

It was a great game to call;  My partner Doug Thomas and I were able to call a zillion names as a bunch of the younger players saw the field.

And as a producer, Doug had one of his best programs yet.  Firdt of all, he got the Lambert AD to approve a location on the broad walkway in front of the press box, and he made a deal with the Good Lord to hold the rain until we had the gear in the car.  I still can’t believe we didn’t get a single drop of rain on  More relevant, however, is that Doug finally talked former SOFO Head Coach Jeff Arnette into joining us on the mic.  He was brilliant, a real media mogal, and has promised to visit us again.   I told him if he did I’d get him a free Ride With Greg.

Long time booth assistant JJ Brinkerhoff (sorry if I spelled that wrong JJ, but I know you’re used to it) took a turn on the guest mic in the second half, and we acknowleged our own Mike Newsome who kept us updated on other area contests through chat.

Finally. as far as guesting, Doug hosted a few minutes with District 25 Georgia State Representative Todd Jones.  If you would like some air time for your official or candidate, please call Doug.

Here you go!  It’s all here!  Finally!  The glow of Michigan’s 63-10 destruction of Northern Illinois and their talentless but lucky former Sparty quarterback having finally faded, I’m able to rise up early and produce the i-radio replay of South Forsyth’s big win at Lambert.  Try to squeeze it in amongst the NFL games of your choice.  FOOTBALL!  Don’t forget there is no game this week so take time to relish the dismantling of a rival.

Many thanks to Dave Uidel for the photos.  That lucky so and so made it up to Ann Arbor yesterday and somehow they let him in.  I wonder if he kept bugging officials to let him and his camera get on the sideline.

If you want to get a look at his voluminous shots of the Lambert game and the rest of the 2021 SOFO football season, visit his smugmug site here:

Here are a few samples 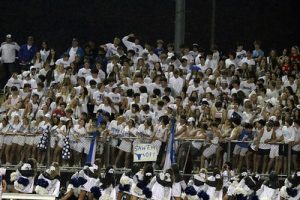 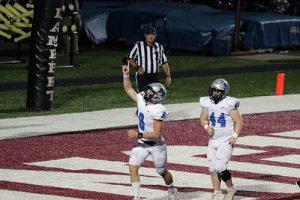 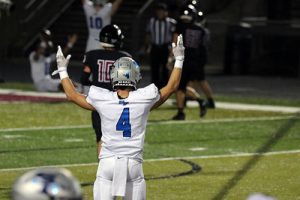 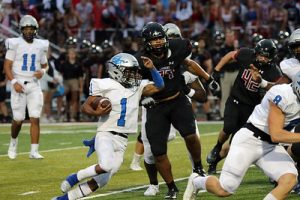 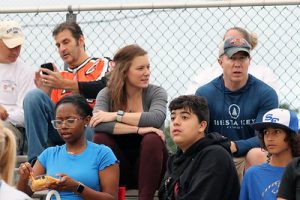 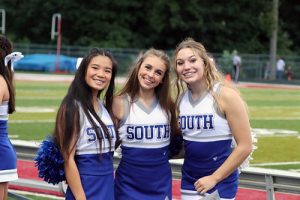