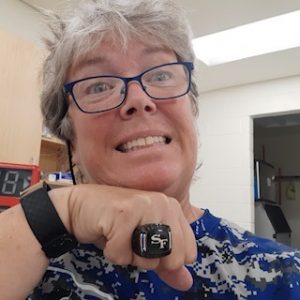 Diane King has been at South Forsyth a long time.  She was, in fact, working as the Childrens Healthcare Of Atlanta official trainer before Head Coach Troy Morris and and his former boss Jeff Arnette were hired there.  To say shes seen it all would be an insult to her vision.  Thats why its Coach Di’s turn in the Coaches Corner.  Diane chats with Greg Golden about the differences between last season and this; both the obvious and the obscure.  Oh, and as an afterthought, shell tell us about this beautiful state champion ring she received as a member of the South Forsyth State Championship Competition Cheer team, and the one shell soon get as trainer of the State Champion Boys Soccer squad.   Two state championship rings in the same school year, as she says, is a pretty big deal.  Hear that and all her other comments as only Coach Di can deliver.   Its all here in this preseason Coaches Corner with the terrifying but effective Coach Diane King.

THE KING WITH THE RING!!

The State Championship Cheer Ring (Designed by the team) 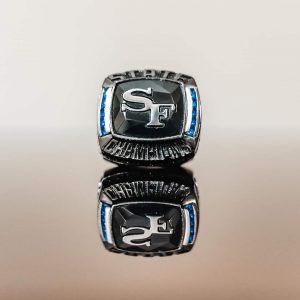 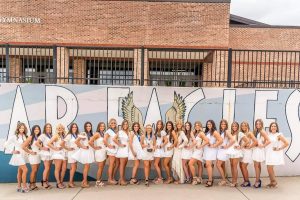 Fall Break in Forsyth County is affected by the delay of the football schedule. Our chat with SFHS Asst Head Coach Troy...