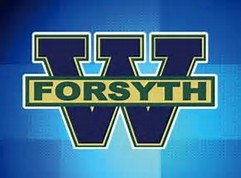 When an opportunity to speak on behalf of his school appears before West Forsyth Athletic Director Brett Phipps, he doesn’t take long to jump on it.  Thus, our first preseason interview of Forsyth County Schools athletics heading into the 2017-18 school year goes to the Wolverines.

On a sunny afternoon, Coach Phipps invited Forsyth Sports 365 into an office across from the gymnasium, summoned in new Head Football Coach Shawn Cahill, and let ‘er rip.  In this insightful, informative and entertaining three part podcast, we learn about the new faces around the Drew Road campus, some of the returning standout athletes, and the concurrent paths of athletic success and safety.

We also get to know Coach Cahill a little better.  Coming from his previous post as Offensive Coordinator at Lanier High, Coach Cahill hopes a big offensive line and the return of Senior standout receiver and Vanderbilt commit Ben Bresnehan will offset the loss of a talented group of graduated athletes.  The son of a coach, Cahill was a receiver on a pair of national championship teams at FCS power North Dakota State…before the opening of the indoor arena that brought the program in from the cold.  He shares his thoughts on the game and his new team.

So enjoy this fabulous three part podcast.  Many thanks to AD Brett Phipps and Head FB coach Shawn Cahill.  These coaches give us a splendid commentary on the program that takes its nickname from Michigan, adds its own lyrics to the Ohio State fight song, and wears the colors of Notre Dame.  You’ll soon come to find that setting the bar high is a fact of the matter at West Forsyth High School.  Sweat Gold, Bleed Blue.