Lambert High School opened nine years ago off Old Alabama Road in south Forsyth County, and Louis Daniel has been there for all of them.  A North Georgia Native, Daniel pursued an education in Language Arts after four years as a football starter at Sequoyah High School.  He’s turned that into what he believes is a coaching staff advantage; he can offer the PE jobs to quality coaches while he teaches Spanish.  It’s an advantage that, like most of his successes, has come with a little forethought.

In 2016, Coach Daniel delivered the first Region Title to a Longhorn fanbase that has become a little spoiled.  State titles in Soccer, LaCrosse, Golf, Swimming, and a dominating National Championship in Baseball have the school’s Championship Way lined with signs touting their triumphs.  Conspicuously absent is Football, the motor that drives most athletic programs.  But Coach Daniel sees his sign in the player improvement that has been the signature of the Longhorn program under his watch.  He sights graduated quarterback Ritchie Kinney as an example.  Kinney went from a skinny freshman wannabe to splitting time under center to the quarterback of a title team to a Freshman QB at Cornell University.  “If you’d seen Ritchie as a Freshman, you might not have expected those results.”

Now, with an X squarely on his back, Louis Daniel has something to use to motivate his troops.  A mess of sophomores that earned playing time in Daniel’s second season are Seniors now, and that’s the kind of experience you can build winners with.  That’s just one of the many subjects that cross the airwaves in this visit with the Head Coach of Lambert.  As you’ll soon hear, this is a  man who knows there’s so much more to football than football.  And hearing him put that notion into words is an incredible listen in our exclusive three part interview , just a click away on Forsyth Sports 365. 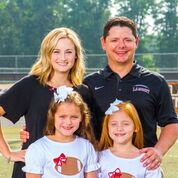 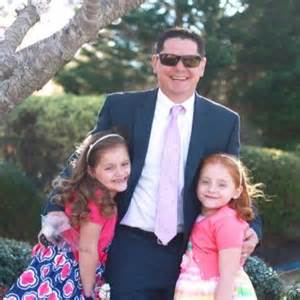