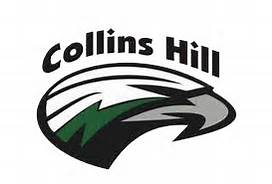 Halftime adjustments are a staple in football at every level.  Emphasized mainly when your team is trailing, the proper halftime adjustments can change the face of the game and lead to thrilling come from behind victories.  Like the one Friday night at Lambert.

Collins Hill quarterback Drew Dinsmore had his way in the first half, throwing for 133 yards and a touchdown, with a second score, a pretty 25 yard toss, negated by a penalty.  Meanwhile, Lambert struggled offensively and went to the locker room trailing 10-3.

Ahhh, but halftime adjustments.  The Longhorns had won the coin toss earlier and deferred.  A decent return started them at their own 40.  When the offense took the field it had a new tailback, defensive back Marcus Chatelain. 60 yards and a few dazzling Chatelain runs later, the score was tied.  Showing patience to follow his blockers and some jets through the hole, Chatelain changed the pace of the game.  It seemed to give the ‘Horns a lift.  The next defensive series, Ken Dicks laid a lick on an Eagles receiver just after the catch, causing a fumble.  Teammate Noah Beck jumped on the loose ball and it was first and 10 Longhorns at the Collins Hill 40.

Halftime adjustments.  When they work it’s a beautiful thing.

Listen to the replay, including a terrific gameday interview with Lambert Head Coach Louis Daniel, here:

In other FoCo high school action, South Forsyth used some halftime adjustments of their own to turn a close game into a rout over Centennial, 55-14.

North Forsyth improved to 2-1 for their new head coach Robert Craft with an impressive road win, 31-24 at Loganville.

West Forsyth had the night off.