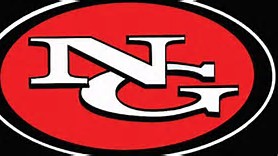 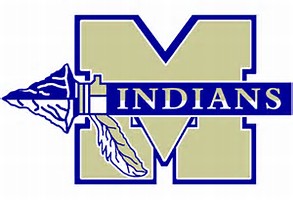 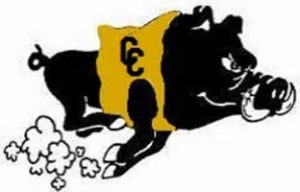 Hey everybody, hope you all had a great Thanksgiving. It’s been a couple of weeks since our beloved Forsyth County High teams were unceremoniously swept out of the playoffs in the first round.  It was painful after such a thrilling season that saw South Forsyth ranked in the top ten in Class 7A for most of the season.  It shows that we still have a ways to go when we get into November.  It also shows where we have ground to make up in a key metric:  depth.  South lost two players to injury late in the season; WR/DB Ryan Pontrelli and OL Jordan Nelson.  Both of these young men were of the historic Senior Class, and both played pivotal roles on the O.  Pontrelli was an outstanding possession receiver, and made the defense account for him so they couldn’t double team any of the wide outs.  Nelson was a three year starter and had recorded more than a half dozen pancake blocks.  The running game centered on Senior Jarod Honey ran right up his tail most of the season.  The loss of these two leaders was a big reason for the loss to Mountain View in the first round.  There just wasn’t anybody as talented or effective ready to step in.  That will change as the coaching staff adjusts to prepping the team to be a player in the big boy’s Class 7A, but it was a painful reminder three weeks ago.

So now that we’re into December, the playoffs have reached the Class 7A Final Four, and I thought you’d appreciate a look at who’s played their way here; not chosen by some haughty selection committee with an agenda.

1 – McEachern. Surprised?  You shouldn’t be.  This stalwart of the Big Schools out of Powder Springs has a reputation to uphold, and they started it in the second round by eliminating South Georgia legend Lowndes.  Lowndes was Top Five all year, kinda like always, and McEachern stumbled out of the gate with 2 losses, to playoff regulars Mill Creek and Greyson.  But like Hockey, you just have to be Top 4 in your Region to get in, and then who knows what will happen.  As Coach Kyle Hochman’s team began to gel, Senior quarterback Malik Evans threw touchdown passes to 9 different receivers, and Junior running back Paris Brown led the ground attack with 1012 yards. In the quarterfinals on Thanksgiving weekend, they routed Georgia Top Five Parkview by two touchdowns.  Defensively, the Indians have accumulated 55 sacks and 19 interceptions.  Tonight in the semis they face…

2 – North Gwinnett. The terror of Gwinnett County and Region 6-7A, the Bulldogs have reeled off 13 straight wins after losing their opener.  Their playoff victims include North Forsyth in Round 1, defending champ Grayson in Round 2, and red hot Marietta 51-41 in a Thanksgiving weekend Quarterfinals thriller.  Head Coach Bill Stewart’s Bulldogs are led by Senior quarterback Jimmy Urzua, who’s thrown for 2000 plus yards, with 21 touchdowns to just 4 interceptions. When Urzua’s not throwing the ball all over the yard, he’s handing off to Junior Tyler Goodson and Sophomore Devin Crosby, who together have put up 1800 yards and 30 (!) touchdowns.  Defensively, North Gwinnett has accumulated 55 sacks and 15 interceptions.

You can catch this game tonight at 7 in HD on Georgia Public Broadcasting.

In the other 7A semi-final, it’s Coach Phillip Jones’ Brookwood Broncos against the irascible Ross Probst and the Colquitt County Packers.

3 – Brookwood opened the season with two losses, to Archer and Walton, but righted the ship with a win over South Gwinnett. The next week the Broncos beat…Colquitt County, in Snellville, 42-25.  Victims that followed included playoff teams Parkview, Meadowcreek, and Norcross.  The Broncos took out South Gwinnet in the rematch in the first round, then toppled Milton and Tift County to make the final four, a place many observers had pegged them in the preseason.

4 – Colquitt County, meanwhile, finds themselves in familiar territory, having played for the state title in two of the last four years, winning it two years ago. They had a solid season even with the mid-season loss to Brookwood, but then dropped two of their last three, to Region foes Tift County and Lowndes.  But those teams were eliminated early by the teams in the other bracket.  Colquitt County marched through the playoffs with little resistance, beating Pebblebrook in Round 1, Walton in Round 2, and then nemesis Archer 12-7 in a defensive battle on Thanksgiving weekend.

Catch this game on the internet on NFS network at 7:30 tonight.

If you want to root for the team closest to home, root for North Gwinnett.  If you‘re not familiar with the Bulldogs, their campus is just across the Chattahoochee, on Suwannee Dam Rd at Level Creek Rd. If they can top McEachern tonight, they’ll have done something that many school’s haven’t been able to do in a couple generations, including 1984-2007 and the reign of the iconic Jim Dorsey, who went 221-66-1 in his 24 seasons as the Indians’ head coach.  And that would be a good lesson for our Forsyth County schools to learn as they grow into big time programs and take on the best of the best in Georgia High School football.