It’s been a long off season for South Forsyth football fans.  The thrill of 2021 ended with a narrow first round playoff loss to North Gwinnett, the team that South played in the season opening scrimmage.  It’s that kind of game that leaves one hungry for more, and the sudden end just makes the waiting, as Tom Petty sang, the hardest part.

But it’s now past Spring Break, and locals in the South end of Forsyth County can smell it in the air.  Spring football is about to commence.  Two and a half weeks of setting the stage for the summer break, leaving a little taste of what will come in the dog days ahead.  So, of course, there has to be some discussion, and here it is.  South Forsyth’s award winning broadcast team of Greg Golden and Doug Thomas take to the mics and join South Forsyth Head Football Coach Troy Morris for a spring chat.  There’s a lot in this podcast.  So much that you might want to go back and listen to it a second time.  And you’ll have the time.  The Spring Blue/White scrimmage is set for a 6pm kickoff on Friday, May 20th.  That’s about a month away.  And this will be the only Coaches Corner ahead of the popular spring game.  The next one will come after, and you’ll have to make it through the summer on that one.

There’s a lot to talk about, and there’s plenty of it in the 28 minutes of this Coaches Corner.  The new Region 6 alignment, which says farewell to North Forsyth and Gainesville, and hello to old friend and perennial state champ contender Milton.  There’s the thrill of seeing what youngsters take the next step and help replace departing Seniors.  And there’s the look at the 2022 South Forsyth football schedule, which will see the War Eagles with six road games, including trips to Snellville, Kennesaw and Athens.  You might think they’re going to be spread a little thin, but hear how Coach Morris responds to Greg’s take about sporting the SoFo brand across North Georgia.

It’s all here, and all for you!   Football is in the air, and it’s going to have to last you til August.  There won’t be any story lines about a player being cut for choosing pizza over chicken salad, either.  South Forsyth is an established player.  No silly remade – league drama for the War Eagles or their fans.

Here you go!  Your first Coaches Corner of 2022.  Greg and Doug with Coach Morris as he begins the work on his second season as War Eagles Head Football Coach.  So nice you’ll want to listen to it twice!   Enjoy.  And don’t be surprised if you find yourself taking notes. 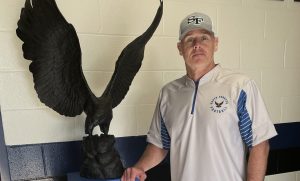 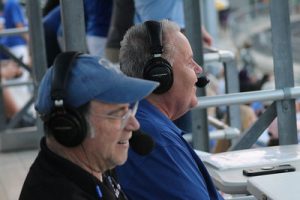 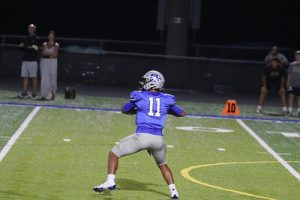 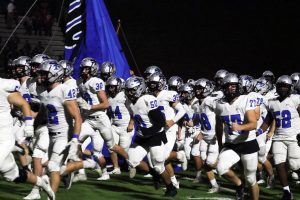 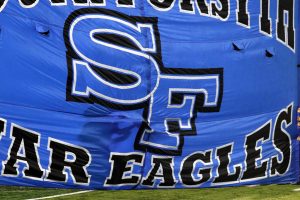